The function in language:

In Spanish, it is formed by using the correct form of the verb estar (to be) and the verb that follows will have -ando or -iendo replacing the -ar or -er/ir verb ending.  This helps communicate what is happening in the moment. 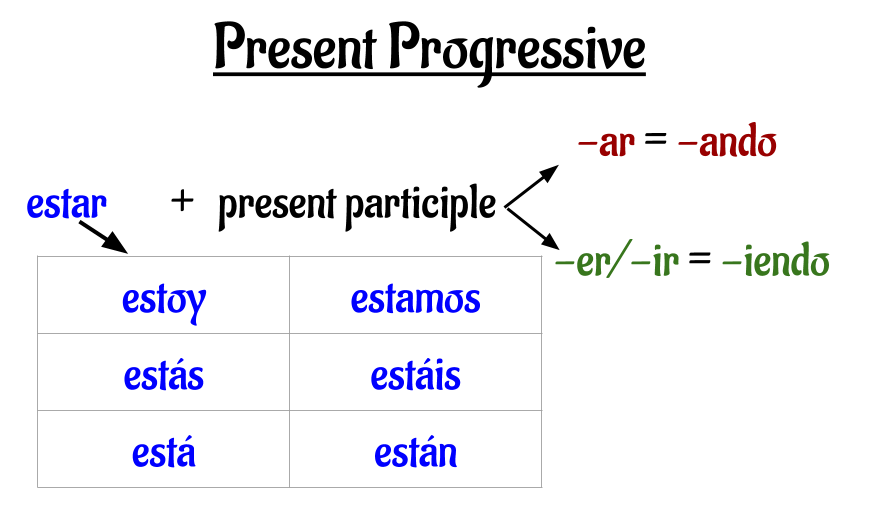 ​Here are some examples and their translations.
NOTE: Understand that there are some verbs that have a spell change when turned into the progressive form.  These are due to the fact that they are Stem-Changers and an -ir verb.  ​
Stem Changers
Spell Changers
A change in spelling will happen when the i in the -iendo is preceded by another vowel.  What then happens is the i  will change to a y for those verbs that have -er and -ir verb endings. Here is a list of a few of the verbs that have this spell change.
There are many more verbs that fall into this category, it is just a matter of being familiar with the pattern, then applying it. ​
Return to Unit 4