Many of the verbs in the preterite are irregular and just have to be memorized, meaning that they something change in their stems and they use slightly different verb endings.  IR (to go), SER (to be), DAR (to give) and VER (to see) are what we call the BIG 4.  All of the verbs referred to as "Irregular" do not have accent marks.
To see more of the irregular verbs and other aspects of the Preterite Tense conjugations, click HERE.

*The only irregular aspect of this verb is it has NO ACCENTS, the endings are actually the normal ER/IR verb endings.

Notice these forms are strange, but we are used to SER being different.

Notice that we group IR and SER together because they have the same verb conjugations.  What does differentiate them is

HACER is the first of the irregulars that you will be introduced to become more acquainted with the endings for these types of verbs.  With the BIG 4, notice that IR and SER are just odd and follow no pattern and just need to be memorized as they are.  DAR and VER use the ER/IR Verb endings of the preterite, but do NOT have accents.

HACER is going to use the endings for the Irregulars, which takes the endings from both the -AR verbs as well as the -ER/-IR verbs. Also, notice that in the 3rd person Singular form the "c" has to change to a "z" in order to conserve the natural [s]/[th] of the "c".

Click HERE for further information on the Irregular Verbs of the Preterite. 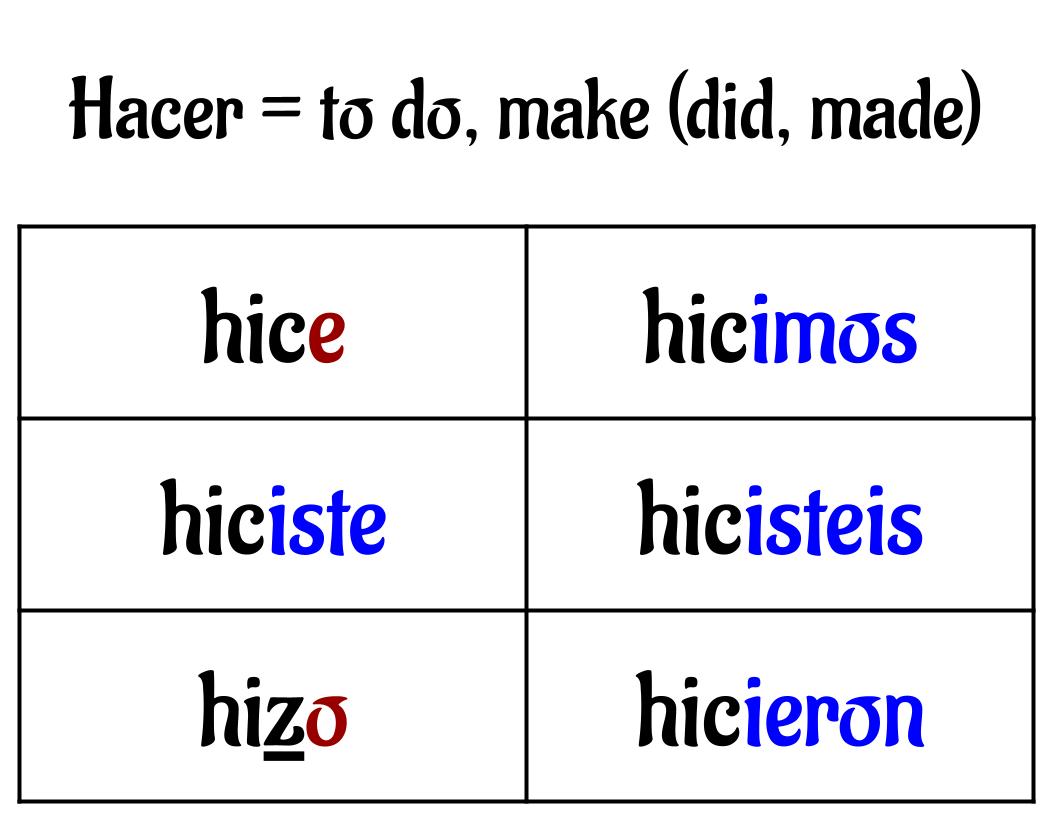